Following a Things Network meeting in my hometown, I decided to try and move things forward by donating a Raspberry Pi / IMST 880A - based gateway to the guys from Zuid-West TV . They have access to a number of high locations in the area, and are currently building a nice metal cabinet with an internal power supply, which will then be installed on top of one of the highest buildings in Bergen op Zoom. More on that later!
However, in the meantime my original TTN gateway in Roosendaal had suddenly gone very quiet. As it turns out, the gateway range is suddenly limited to about 10 meters! Clearly something is amiss here? It seems that the internal RF receiver has given up, something that cannot be easily repaired and needs to be looked at by the Things Network team.
As there is no way to predict how long this will take, I've quickly built myself a new gateway, based on the proven Raspberry Pi and IMST IC880A board...


So here's what you need to build yourself a multichannel gateway: 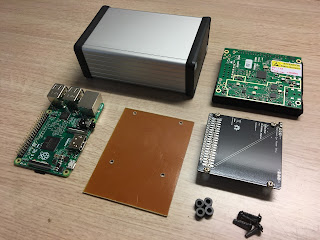 The main parts shown in the picture are a Raspberry Pi 2, the IMST IC880A concentrator board, an adapter board to connect the two, and a small housing to put the gateway into. Quite easy, no? Well, that depends on how fancy you want your gateway to be. I just needed it to be simple and reliable, so here's what I did:

1: Put the concentrator and adapter board together 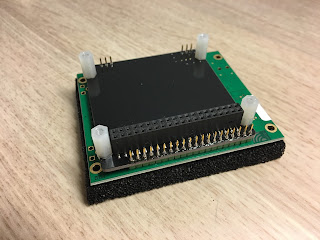 I wanted my gateway to be as compact as possible, so I've soldered the concentrator directly onto the adapter board. I also cut off the original micro-usb connector from the adapter, because it would not fit in my compact housing. However, the adapter also comes with headers which can be used to plug in the concentrator so it is removable.

2: Connect the adapter to the Raspberry Pi 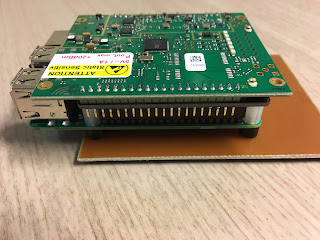 My housing has slots to hold a pcb board, so I've cut a blank board to size and mounted the gateway on it using 5mm plastic spacers. This way no screws are visible from the outside, which is a bonus :)

3: Slide the gateway assembly in the slots 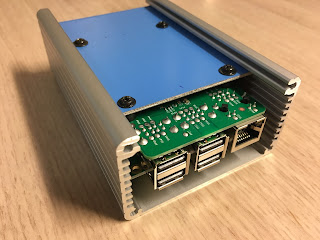 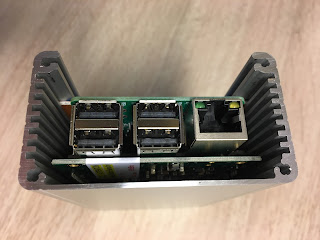 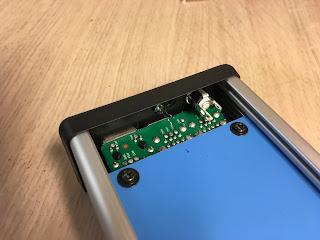 Although it is possible to connect the power supply directly, I much prefer to use a proper power connector. I also added an LED, and made a cutout for the network connector, which makes it look like this: 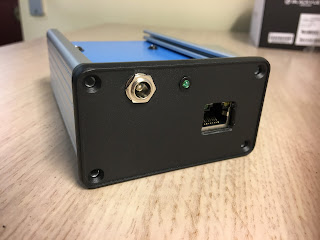 Wiring power to the board was done by connecting power directly to pins 21 (+VDD) and 22 (GND) of the concentrator board. The adapter will then also power the Raspberry Pi, keeping the number of wires to a minimum.

5: Put it all together 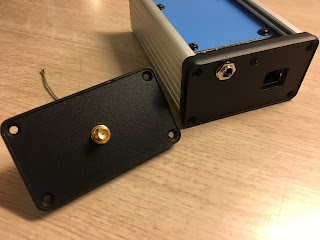 The other end has the SMA connector, which connects to the IMST board. Removing this end will also allow access to the SD card: 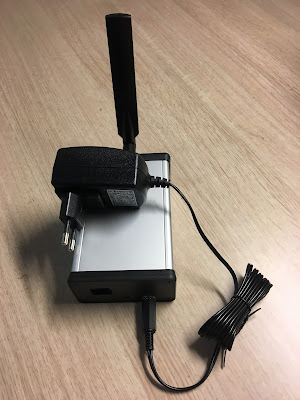 Installing software and registering the gateway


Now that the gateway is finished, you will need to install and configure the whole thing of course. Instead of describing this whole process, I'm going to be lazy and refer you to the excellent walk-through put together by the Things Network Zurich group:

From zero to LoRaWAN in a weekend


They've done a very good job in describing the whole installation, which will result in a fully functional gateway. Great work guys!


IMST IC880A concentrator board
Raspberry Pi (preferably v2, but v3 will also work)
Adapter board (I used the one from Hackables.cc)
U.Fl to SMA pigtail
5V / 2A adapter (I used a Raspberry Pi adapter)
A suitable housing (mine is a Hammond 1455K1202)
Power connectors
Some nuts, bolts and spacers (depends on the housing used)
Posted by DutchMcGyver at May 04, 2018