Now that the QCX Mini and its power pack have been finished, there was only one part still missing: an antenna tuner to match! (pun intended, HI)

Just like the battery pack, the antenna tuner would need to be small, rugged and portable, and not too expensive. You probably know where this is going, don't you?

Yep, this is going to be another report on building the infamous Chinesium 'Manual Days' antenna tuner kit. In my defense, I bought the kit before I knew anything about antenna tuners, so the low price was enough to convince me that this was the kit to buy...

The parts arrived in a cheap plastic bag, and spent a couple of months on a shelf not only waiting for the QCX Mini and its battery pack to be finished, but also for me to learn CW, which is still a daily struggle! Meanwhile, I did read up on the tuner kit, and realized that looking at low cost alone probably wasn't the best way to select an antenna tuner. First of all, the looks of the kit were less than impressive: 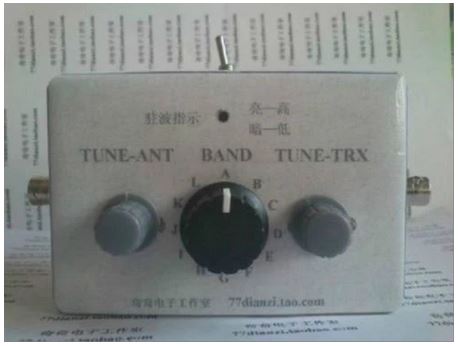 A manual antenna tuner doesn't need to be very complicated though. And well, all the parts seemed to be there: 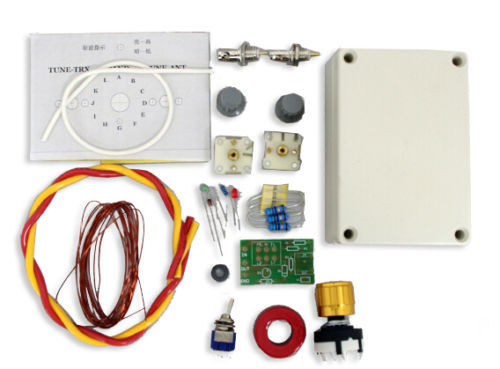 Well the kit was here anyway, so I decided to just give it a try and build it. Not in the original box of course, that thing is just *** Ugly :(
The schematic did not seem to be too complicated, and I calculated (rather optimistically) that the whole thing should be able to fit in a 100x54x30mm box: 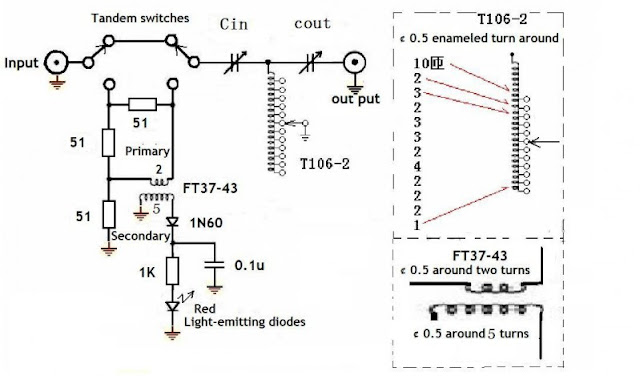 A nice and compact enclosure was ordered, and turned this little project into a bit of a challenge.

There's lots of articles on the Internet on this particular kit, and they nearly all mention the terrible build instructions. The complaints seem to mostly focus on the toroid coils, and it's easy to understand why. This is what I found:

It's probably best to carefully check the PCB and building instructions against the schematic (which is correct). There may be other versions with even more mistakes!

First, drill the holes to fit the switches, BNC connectors and variable capacitors: 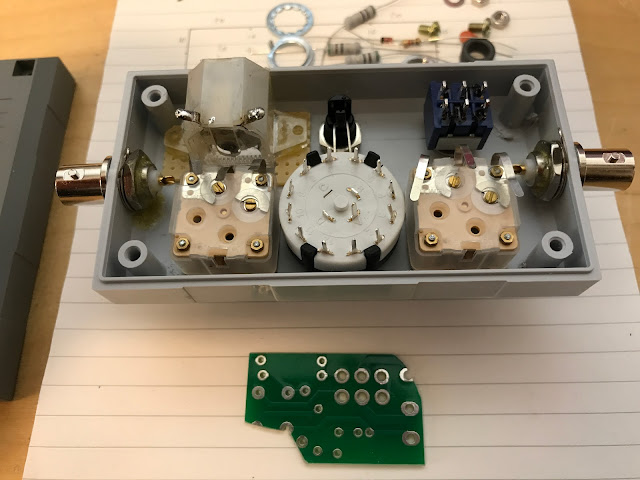 In this version an analog meter was added. I like to think that it allows for a more accurate SWR reading, although just using the LED also seems to work fine. It did however add to the challenge; I had to cut the PCB to make everything fit!

The small FT37-43 coil is quite easy to wind. The larger T106-2 coil is another matter. The original instructions didn't work for me, due to the small size of the enclosure. I decided to go for another approach, which allows me to mount the toroid very close to the rotary switch: 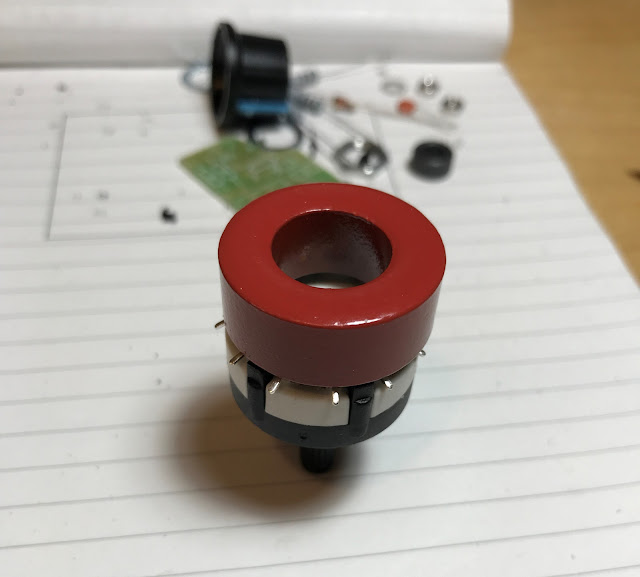 The switch contacts can then be used as hooks to connect the taps: 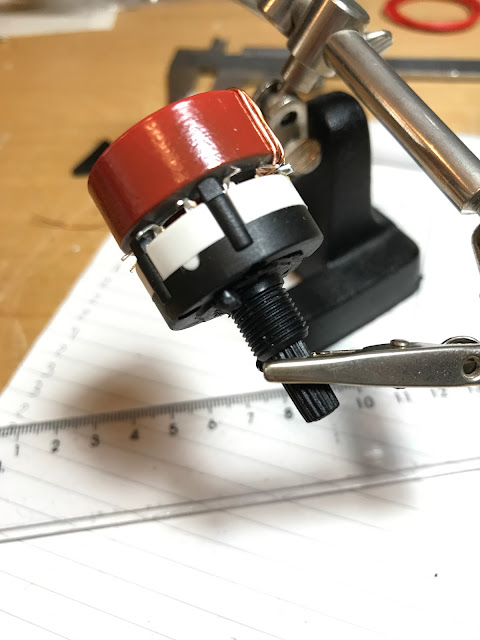 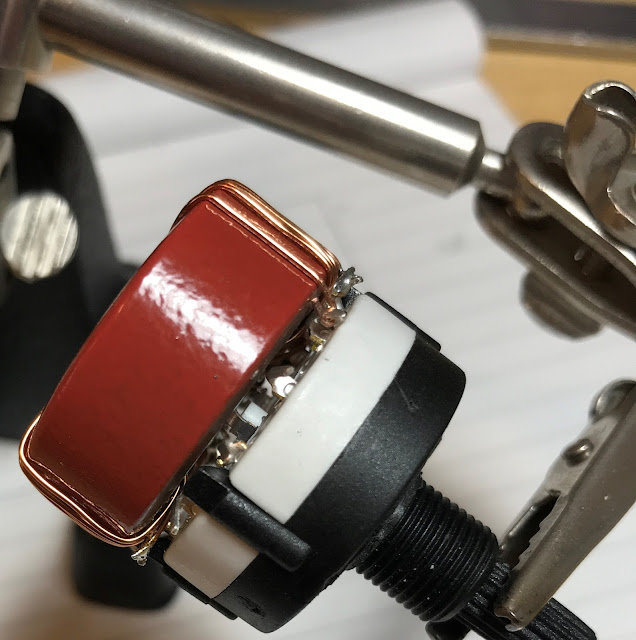 Putting it all together

Using the winding technique shown above I was able to make everything fit into my enclosure. It was a close call though! 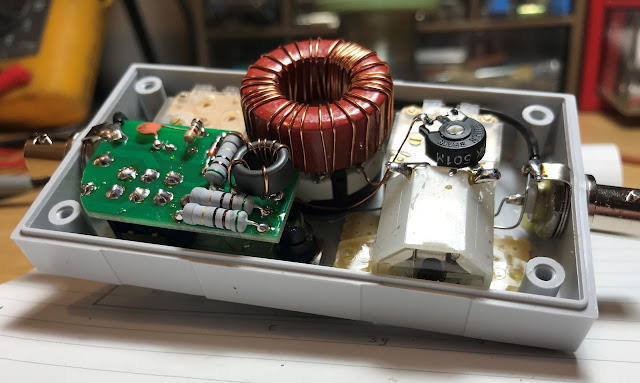 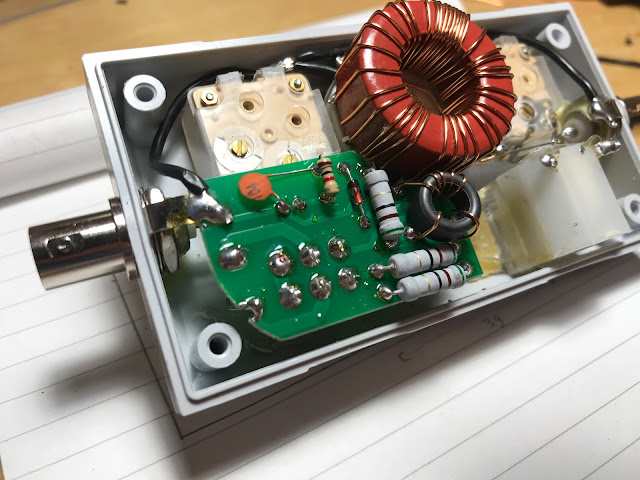 So here's the finished antenna tuner: 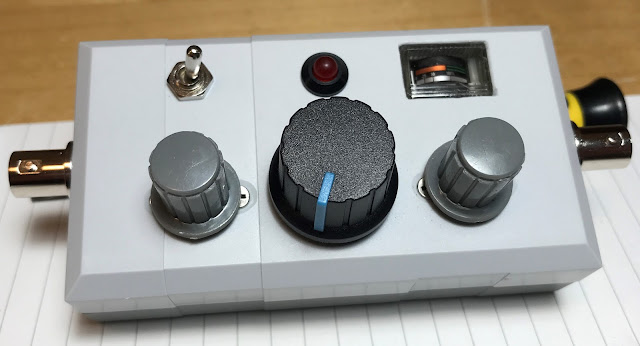 Yes I know, it's still no looker. But much to my surprise, it works perfectly well! I'm now able to match my QCX mini to nearly everything that can be used as an antenna (although to be fair a full size resonant wire antenna like an EFHW always will be a better option).
It's also light, sturdy and just as small as the QCX mini.