After playing around with a number of TTN nodes, we quickly discovered that having an indoor antenna on the gateway is not ideal. An outdoor antenna should yield far better results, especially because I do have access to my own rooftop which is about 11 meters high. Commercially available high quality antennas are quite expensive however, so it had to be something simple and DIY.

Luckily for me, several articles have been published already on building TTN antennas. The 868Mhz frequency also means that small and cheap antennas can be built without the need for special or exotic materials. The DIY GPA design described by Lex Bolkesteijn on The Things Network seemed like an excellent starting point, with clear instructions and a good amount of pictures:

So, after a visit to a couple of local parts shops I ended up with this: 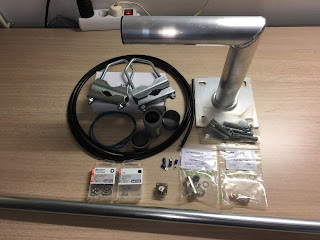 The steps below describe the building process. As you can see, I tried to make this GPA antenna as weatherproof as possible, even though it is just an experiment. It will probably turn out to be the first of a long line of antenna experiments, but as long as it is on my roof it will need to be able to function in all kinds of weather so why not be thorough?

First, put together the GPA following the instructions in the original article: 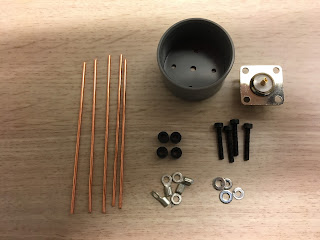 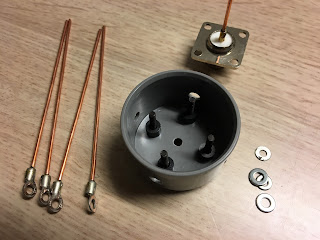 Then, cut the antenna to the correct size and attach the N-type connector: 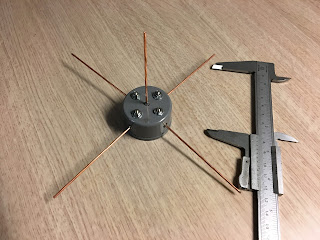 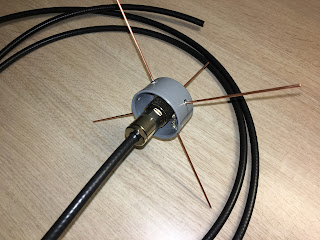 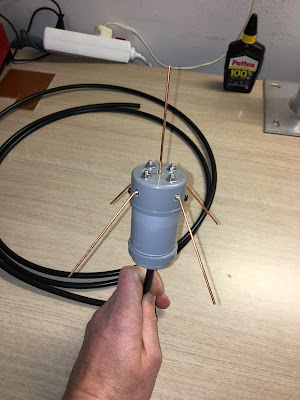 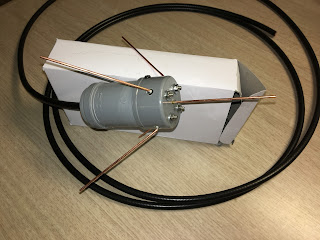 Last step: put the new antenna up on the roof.

I opted for a wall-mounted bracket so the whole thing would be easily accessible. The DIY GPA now looks like this, about 12 meters high: 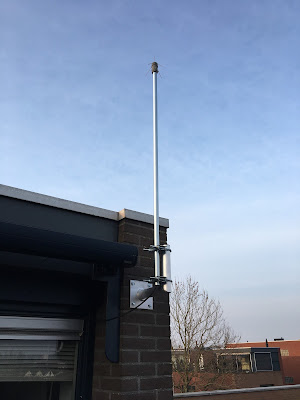 
So far, so good! The gateway sure seems to pick up a lot more traffic with the new outdoor antenna, although how much of this effect can actually be contributed to the GPA design remains a guess, as just putting the antenna outside will have had a positive effect also. Next step is of course to build a different design (probably a co-linear) and compare. Stay tuned!

I was able to build the entire antenna for around 65 Euros. Keep in mind however that the installation materials, cable and connectors were much more expensive than the actual antenna...